History of the Formation and Activities of Paksi Közlekedési Kft.

At its meeting on 21 May 2014, the Municipal Council of the City of Paks adopted its Decision No. 61/2014. (V.21.) Kt. on the implementation of the Paks Electromobility Project (PEM). The launch of the Protheus Project under the European Local Energy Assistance (ELENA) Program, managed by the European Development Bank (EDB) and supported by the European Commission, is a major milestone in the implementation process. The Protheus Project aims at setting up a micro-regional network (of smart grid type) for electromobility and related electricity generation, storage and distribution for the City of Paks and the surrounding settlements. Improving air quality, saving fossil fuels, resource-efficient operation of the public transport fleet, all in all creating a more liveable modern environment adapted to the needs of the 21st century, are amongst the objectives of the Project. The project focus is on reducing CO2 emissions that the city aims to achieve by electrifying its public passenger transport services.

As one of the milestones in the implementation of the Protheus Project, the need arose to establish an independent business company in order to ensure the organization of local public transport and to carry out transport tasks in accordance with the principles set out above.

Paksi Közlekedési Korlátolt Felelősségű Társaság (Limited Liability Company) was established by Péter Szabó, Mayor of the City of Paks, on behalf of the Municipality of Paks, on the basis of a decision adopted at the meeting of the Municipal Council on 23 January 2020. The text of the proposal, the minutes of the board meeting and the extract from the decision can also be found on the website of the municipality or can be downloaded directly from the sites referred to above. The Business Plan of our company was discussed by the Board on 12 February 2020, while the documents regulating its operation on 11 March 2020.

With the establishment of the company, the aim of the municipality was to organize and provide high-quality local public transport services in its own competence. The city administration is particularly determined to significantly improve the quality of the local public transport services by operating an electric bus fleet, to include previously neglected parts of the city in the public transport network and to increase the overall frequency of the services. To this end, the City has previously commissioned a study from the Institute for Transport Sciences to take it as a basis of developing the service that our company was going to operate.

On 22 December 2020, the Market Surveillance and Passenger Rights Department of the Ministry of Innovation and Technology approved the Company's Business Policy, which entered into force on 1 January 2021.

At the end of December 2020, new bus stop signs were installed throughout the city. After the test run in December, we started to introduce the new vehicles and lines to the residents of the city with free promotional services in January.

Following the promotional period, our company started its traffic management and service building activities on 1 February 2021. From that day on, all local services in the city are operated by our company, carry passengers according to our own schedule, and can be used with our tickets and passes. As a result, today, only fully electric, CO-free buses run on the streets of Paks on all local routes.

For the time being, the main course of action of Paksi Közlekedési Kft. is to select and procure the information technology systems necessary for traffic management, as well as for the provision of high-quality services, and to organize a modern and real-time passenger information system. 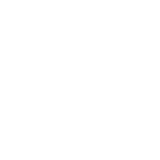